Shopping Cart
Your Cart is Empty
Quantity:
Subtotal
Taxes
Shipping
Total
There was an error with PayPalClick here to try again

Thank you for your business!You should be receiving an order confirmation from Paypal shortly.Exit Shopping Cart

Its two years now since the exit of an Icon, Ijeoma Cynthia Uduji. Though the pain and vacuum lingers on, we take solace in the fact that she's in a better place, in the bosom of our creator. May we endeavor to put her in our prayers especially on the 2nd of November which has been set aside as All Souls Day. May the Almighty God grant her eternal rest and may His perpetual Light continue to shine...shine on her. Rest well our angel.

On Friday August 15th ( Feast of our Blessed Mother), there was private family prayer and Mass at the graveside of our icon Ijeoma Cynthia.

Mass and prayers were conducted by Fr Donlaw Ezike.

Let us continue to remember her in our prayers.

For today the Lord has made, let us rejoice and be glad.

Exactly today was the burial of our icon Ijeoma.

Let us keep her in our prayers.

A brief meeting was held by board members of the foundation on the 3rd of November, after the Thanksgiving mass. The essence of the meeting was to discuss the plans to put in place concerning the upcoming seminar fixed tentatively for the 23rd of November, 2013. Some of the Issues discussed include, communicating with resource persons who are stakeholders in the medical and health sectors, as regards giving the lectures at the seminar, creating awareness through flyers and posters, and issuing invitation to the public, through the media, after all plans have been finalized. Stay tuned as further details on this seminar would be given as time progresses. Let us work together to touch lives as we bring about positive change. Contributions & Ideas from members on moving the Foundation forward are also welcome.

A memorial thanksgiving mass was held on Sunday 3rd of November @ Our Lady Seat of Wisdom, Okota, Lagos, in honour of our beloved icon & to mark the 1 year remembrance. The mass was attended by some foundation members, family, friends and well wishers. We pray the Almighty Father to grant her eternal rest in His Bossom and to give us the strength to carry on the legacies which she left behind.

Its unbelievable that today(October 30th 2012) marks the 1 yr anniversary of the passing to glory of our beloved icon.

Just as everyone remembers, she is just fresh in our memory, and she lives on.
This is transformation.

Let us take note from the book of Ecclesiastes 3:1-11

Let us arise and work for mankind.

The Ijeoma Cynthia Uduji Foundation will like to remind us that this month will be the 1st anniversary of the passing on of our icon, Ijeoma.

Let us use this month to do good to our neighbours.

We need all of you to continue the good work, and tell us what good you have done in her spirit.

The 1st Ijeoma Cynthia Uduji Bronchial Asthma Foundation (ICUBA F), had their campagne on 7th May 2013.

As we know 7th May is World Bronchial Asthma Day.

Members visited one of the Hospitals at Lagos, and one less priveleged home.

Below are some of the pictures. 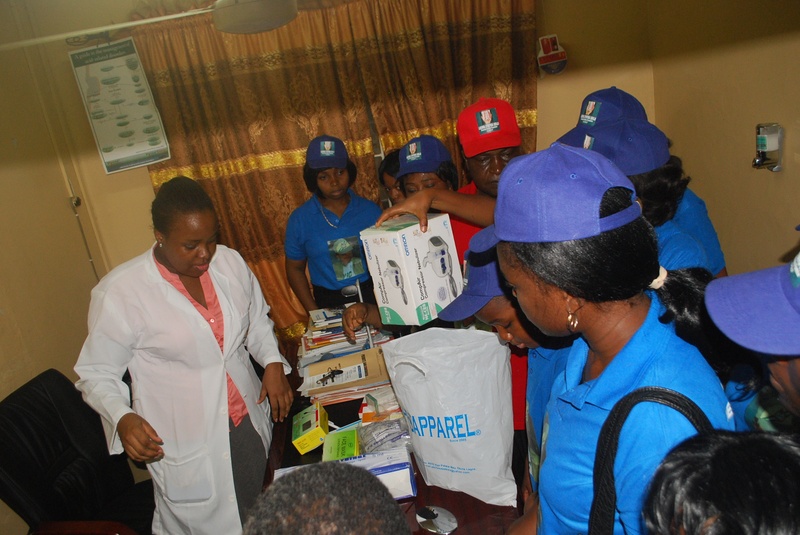 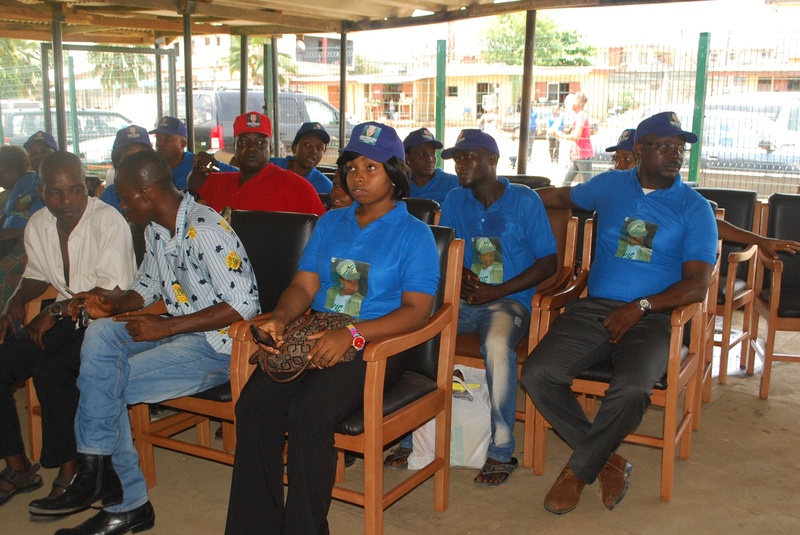 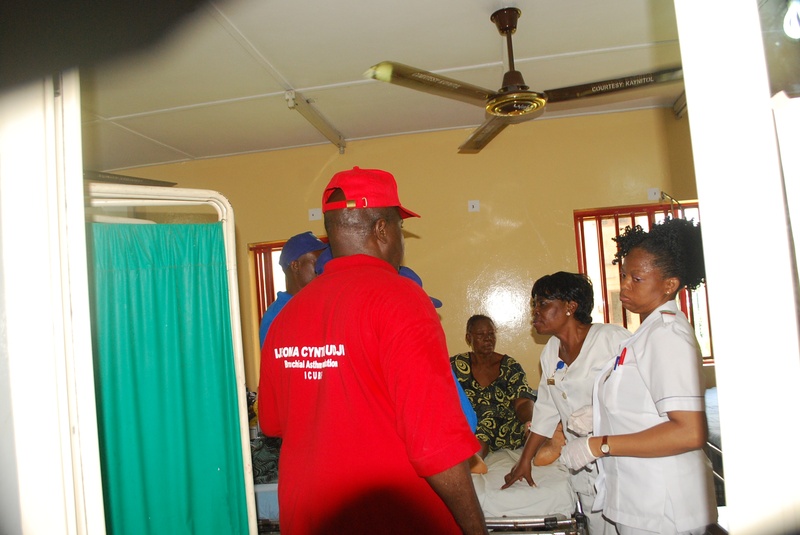 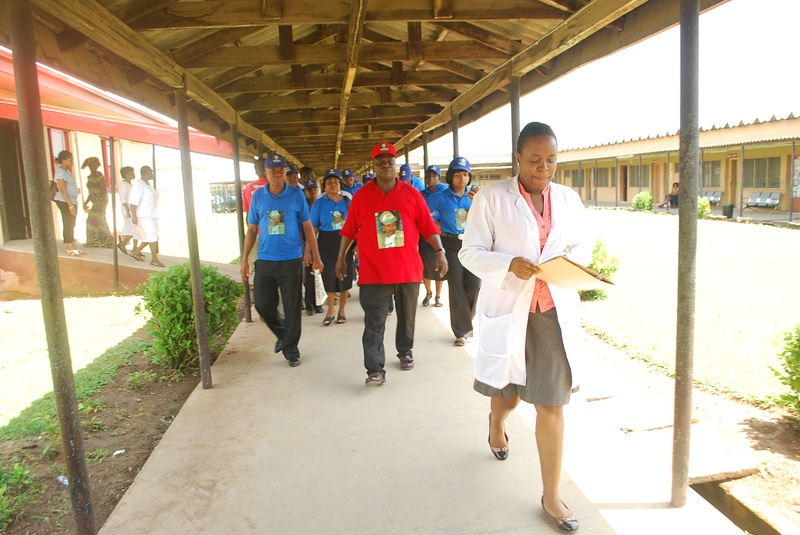 EVENT COMING UP FOR ICUBA.

2: Visitations and donations to hospitals and a charity homes on Tuesday, the 7th of May, being the World Asthma Day.

INAUGURAL MEETING OF THE BOARD OF TRUSTEES

The inaugural meeting began at about 4.20pm. The meeting was chaired by the Chairman of the NGO Chief Anthony Ikechukwu Uduji. The agenda of the meeting was as follows:

• Introduction of members of the board of trustees

• Inaugural speech by the chairman

• Issues in constitution for discussion

• Program for the 6 months memorial of Ijeoma Cynthia Uduji

• Office accommodation for the foundation

The next was the introduction of the members of the board in this order:

The Inaugural speech was given by the chairman of the board Sir Anthony Ikechukwu Uduji. He began by welcoming and showing his appreciation by vote of thanks to all present for their support and presence during the sad period of loss, wake keeping, burial ceremony and difficult moments. He rounded up by thanking God and praying against a repetition of such occurrence.

Guidelines as well as the aims and objectives of the foundation were mentioned.

Special thanks were also attributed to Dr. Uchenna A. Ezike as the Initiator and Brain behind the establishment of the foundation.

For the programs for the 6 months memorial event for Ijeoma Cynthia Uduji, it was decided that, a Thanksgiving mass will be held on Sunday, the 5th of May, 2013 in her honor, the foundation also decided to make some visitations and donations to a hospital and a charity home on Tuesday, the 7th of May, being the World Asthma Day. The board also agreed to print T-shirts and face caps which will be worn on the outing day, in order to create awareness.

The meeting came to an end at about 6.30pm with a closing prayer which was said by Mr. Peter Ifechukwude Igwubor.